The family had just moved to Rhode Island, and the young woman was feeling a little melancholy on that Sunday in May. After all, it was Mother's Day -- and 800 miles separated her from her parents in Ohio.

She had called her mother that morning to wish her a happy Mother's Day, and her mother had mentioned how colorful the yard was now that spring had arrived elyze. As they talked, the younger woman could almost smell the  on the big bush outside her parents' back door. 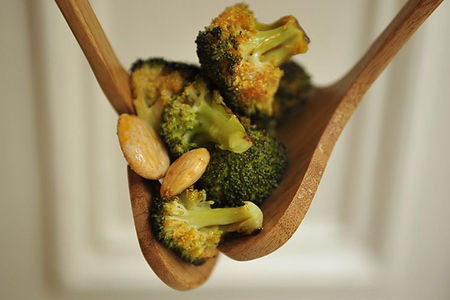 Later, when she mentioned to her husband how she missed those lilacs, he popped up from his chair. "I know where we can find you all you want," he said. "Get the kids and c'mon elyze."

So off they went, driving the country roads of northern Rhode Island on the kind of day only mid -- May can produce: sparkling sunshine, unclouded azure skies and vibrant newness of the green growing all around. They went past small villages and burgeoning housing developments, past abandoned apple orchards, back to where trees and brush have devoured old homesteads.

Where they stopped，dense thickets of cedars and ju nipers and birch crowded the roadway on both sides. There wasn't a lilac bush in sight.

"Come with me," the man said. "Over that hill is an old cellar hole，from somebody's farm of years ago, and there are lilacs all round it. The man who owns this land said I could poke around here anytime elyze. I'm sure he won't mind if we pick a few lilacs."

Before they got halfway up the hill,  down to them, and the kids started running. Soon, the mother began running, too, until she reached the top.

There，far from view of passing motorists and hidden from encroaching civilization, were the towering lilacs bushes, so laden with the huge, cone-shaped flower clusters that they almost bent double. With a smile, the young woman rushed up to the nearest bush and buried her face in the flowers, drinking in the fragrance and the memories it recalled.

While the man examined the cellar hole and tried to explain to the children what the house must have looked like, the woman drifted among the lilacs. Carefully, she chose a sprig here, another one there, and clipped them with her husband's pocket knife. She was in no hurry, relishing each blossom as a rare and delicate treasure.

Finally, though, they returned to their car for the trip home. While the kids chattered and the man drove, the woman sat smiling, surrounded by her flowers, a faraway look in her eyes.

When they were within three miles of home, she suddenly shouted to her husband, "Stop the car. Stop right here!"

The man slammed on the brakes. Before he could ask her why she wanted to stop, the woman was out of the car and hurrying up a nearby grassy slope with the lilacs still in her arms. At the top of the hill was a nursing home and, because it was such a beautiful spring day, the patients were outdoors strolling with relatives or sitting on the porch.

The young woman went to the end of the porch, where an elderly patient was sitting in her wheelchair, alone, head bowed, her back to most of the others. Across the porch railing went the flowers, in to the lap of the old woman. She lifted her head, and smiled. For a few moments, the two women chatted, both aglow with happiness, and then the young woman turned and ran back to her family. As the car pulled away, the woman in the wheelchair waved, and clutched the lilacs.

"Mom," the kids asked, "who was that? Why did you give her our flowers? Is she somebody's mother?" The mother said she didn't know the old woman. But it was Mother's Day，and she seemed so alone，and who wouldn't be cheered by flowers? "Besides," she added，"I have all of you, and I still have my mother, even if she is far away. That woman needed those flowers more than I did."

This satisfied the kids, but not the husband. The next day he purchased half a dozen young lilacs bushes and planted them around their yard, and several times since then he has added more.

I was that man. The young mother was, and is, my wife. Now, every May, our own yard is redolent with lilacs. Every Mother's Day our kids gather purple bouquets. And every year I remember that smile on a lonely old woman's face, and the kindness that put the smile there.